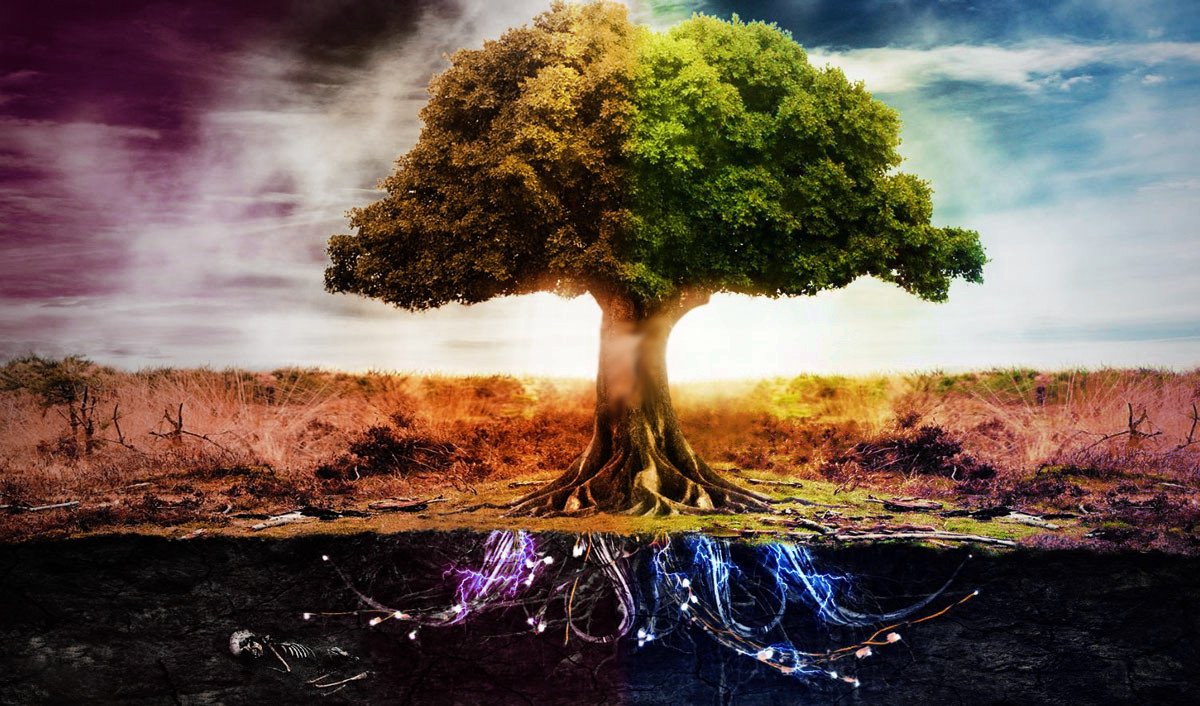 The life of a human being is largely conditioned by what he perceives, then by the way he reacts to it (physically, emotionally and mentally …) according to his personality and character, and finally according to the internal representation of himself and the universe. This representation tends to guide its actions and choices in all areas of existence: family, professional, social, leisure, economic, educational, cultural, religious …

Through sight and its other senses, the individual perceives his environment both externally and internally. He obtains a more or less subjective vision that is strongly dependent on his point of view or observation, on the more or less restricted (or, on the contrary, broader) angle under which he observes, on his more or less strong ability to move from a point of observation to another to fill blind spots … He then reacts to what he perceives more or less quickly and fast, according to his memory references, the degree of danger that this may represent, and the affinities or not this can have with him on one level or another (genetic, sensory, psychic, psychological, emotional, mental, etc.). And finally, as he does not only have the consciousness of a bird or a cat, he tries to make sense of what he has perceived. He seeks to understand it, then beyond it, to assimilate it and integrate it into his inner universe, into his internal representation of the world. From this point of view, his body and by extension his personality are part of the world. His conscience also makes a representation of them.

Thus and probably since the first days of their appearance on this planet, human beings tend to take a role among their brothers and sisters according to what they understand or imagine of themselves. And this role is not necessarily in any way in relation to the objective facts that they themselves and their brothers and sisters could observe. Thus, nowadays we can see, for example, individuals taking themselves or posing as Jesus Christ or for his reincarnation. Only one of them could at most be so. However, the interesting thing here is to try to determine the motivations or the phenomena that can push the human being to adopt a possible big gap between the real world and the internal representation that he makes of this last one.

Conspiracy theories or assumptions such as extraterrestrial presence on the Earth may a priori also be part of such offsets. And this remains possible even if the individual is convinced of being the Christ, convinced of such a conspiratorial theory (such as for example false Apollo missions on the Moon), or convinced that Reptilians or Grays have been present for a long time on the planet. In fact, he has little means to prove or disprove the object of his convictions and it could just as well be totally wrong. His perceptive senses are limited. Human sight, for example, covers only a small portion of the entire spectrum of electromagnetic waves. Man does not perceive ultraviolet, infrared, radio waves, microwaves, X-rays, etc. These senses can also be easily fooled. The view can be deceived by optical illusions, special effects, lenses or distorting mirrors …

As if sensory mediocrity were not enough, the memory itself is fallible and the human being can make false memories as well as change them at least slightly each time he remembers them, or may even have artificial memories implanted by other people (as scientific experiments have shown). Thus, the human vision of the world is all the more fragile and delicate that it rests on limited senses and an unreliable memory. It is probably because of such a perceptual weakness that it is then so easy for Human to build an unnatural image (devalued or overrated) of himself about what he really is. He may as well be mistaken for Christ as for his opposite, according to his motives and his conscience. And because of such a weakness, he may as well be absolutely convinced of the veracity of the official account of the terrorist attacks of September 11, 2001, as of his falsity, according to his a priori and his geopolitical, ideological orientations, and so on. He may as well be convinced of the presence of Reptilians on Earth as the impossibility for some extraterrestrials to visit our planet.

Let us note, however, that it is always possible that a deep conviction rests on something other than memory and the senses of classical perceptions, but on sensory means that we can qualify as paranormal. Extrasensory perceptions are still poorly known and scarcely studied by science. Some of these perceptions could be much more reliable than sight, to the point of never encountering errors on their own. However, they do not necessarily diminish then the propensity of the human being to make inner films or novels on himself, his role or his life, even on the world in general. In particular, the phenomena of dissonance and cognitive biases that can alter the human view of the world and things are now quite well known. They are part of the neurotypical brain function and are probably inscribed in the genetics of Homo sapiens as mechanisms of individual and collective survival.

If the genetics and the cerebral and sensory functioning of Human are largely at the origin of an offset or distorted representation of things, beings and life in general, he can increase or aggravate the tendency by various emotional, psychological or psychic motivations. As an illustration, what are those behind the desire to pretend to be Christ (without necessarily thinking of being this) or to take oneself for him? In particular, we can imagine or consider the following reasons, not necessarily exclusive of each other: a willingness to manipulate others by playing the guru; the taste for provocation; the need to sow discord by trolling; a mystical aspiration; a desire to save the world. These motivations depend, at the same time, on the internal representation that the individual makes of the world and of himself, and of the orientation or the awakening of his consciousness.

In the end, even most of the convictions of the human being ultimately fall within beliefs, whether or not they are based on real facts, because the latter are most often only partially addressed (via limited sensory material and sometimes defective …) or indirectly (via more or less reliable writings, third parties, rumors or urban legends …). The individual has made his internal representation of the world — what he eventually calls his “truth” — and believes more or less firmly that the real world is so. However, the “Truth” is only very, very partially accessible, as a reliable translation of the Real. He sees at most only some facets of it, and this most often in a distorted way.

If a human being cannot trust his perceptions completely and therefore if his view of the world is distorted to the point that everything forms a more or less coherent set of beliefs, what could be worthy of more attention by him ? Well, it seems that this is what he will do with his beliefs and his internal representation of the world in general. How is it going to get him to act in the world? For example, will it lead first to create? Or to destroy? Will he behave according to his vision or will he betray it? If he thinks he is Christ, will he show his unconditional love for others? Or will he help divide them?