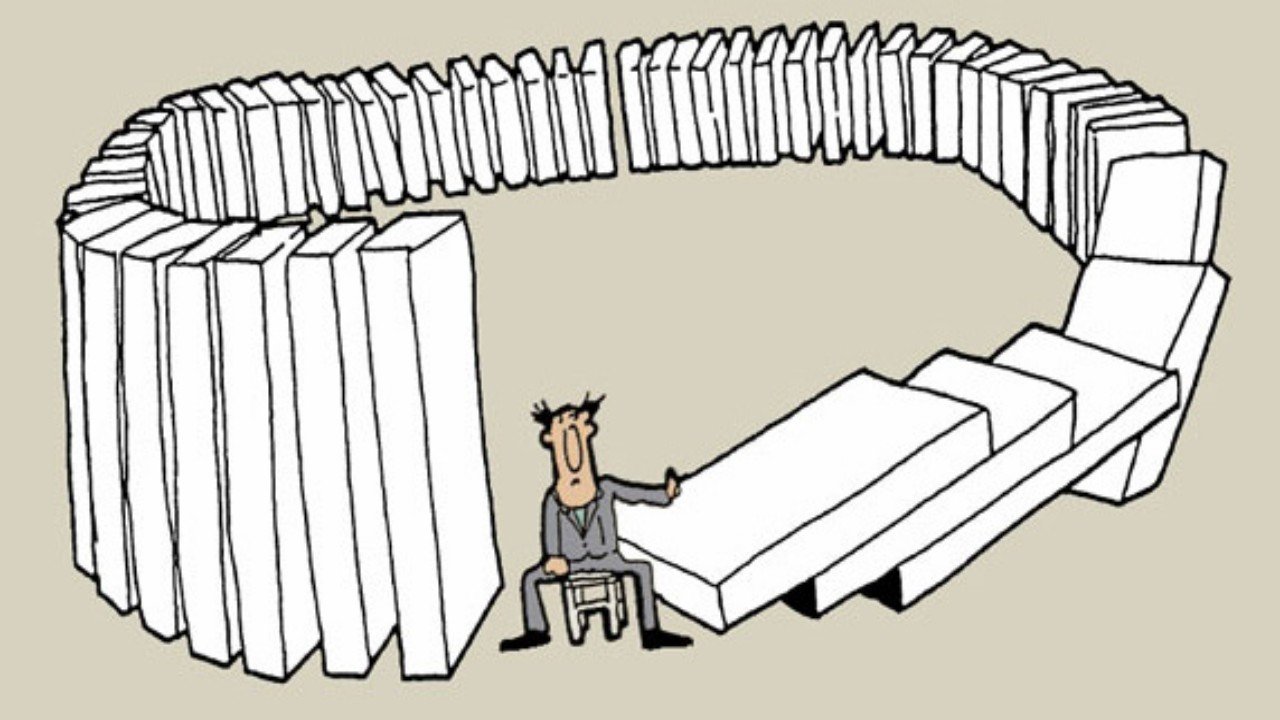 Is there a law of divine justice that rewards good deeds and punishes bad ones?
Is the happy destiny of some and the suffering endured by others merited by those who live it?

The idea has become widely popular today that our past actions have determined our present fate.
For the proponents of Karma, the free will that men have used is the sole responsibility for their happiness or their present misfortune.
By this conception, Karma appears as an instrument of education, rigid but fair, which obliges each soul to amends of its faults and to understand progressively that all that is done to others impacts systematically its author in return. Ultimately, “what we do to others is to ourselves that we do it! “

The soul which, by a repeated experience of many lives, opens itself to the understanding of this divine justice is finally obliged to behave according to the moral principle which says: “do to others what you would like one to do to you. “
Thus educated by the karmic law, individuals are perfected to the point where they discover that the good done to others must not be based solely on the good they would like to receive for themselves.
The man understands, through repeated, deepened and finally understood experiences, that somebody else is another himself, and that is only why all the good or the bad, which is lavished on him, always returns to its author!
It is to this degree of understanding that the individual finally discovers the state of compassion that then freed him from the karmic law.
However, this beautiful conception of Karma has, like other spiritual notions that have become commonplace, suffered a distortion: we have reduced this law of divine justice to the feeling that man is the cause for which the laws of the universe are created. But this law exists for a very different reason than the evolution of men and other conscious creatures of the universe.

What is Karma really, what is its role?

Karma is the law that seeks to maintain the balance between the universe and the parts that compose it.

The universe can be defined as the ordered form extracted from an unorganized primordial substance: Chaos.
The Order is therefore the very Law by which creation exists.
Without an Order, everything is only Chaos. But if this Order were uniformly imposed on all creation, it would be an automaton, animated by the inaccessible will of its creator.
But the universe is not just a puppet programmed to obediently obey its all-powerful creator; it includes a second law as influential as the Order that edifies it: this law is Liberty.
Liberty allows the lives that populate the universe to be more than mere creatures. Conscious beings can, thanks to Liberty, also become “authors”. By Liberty, they move by themselves and then impact and modify their environment; they become, in their turn, cause of new realities.
The Order is the virtue that extracts the universe from Chaos, but Liberty is the force that animates it and amplifies its life within each of its parts, even the smallest ones.
However, this individual freedom, augmented by the multitude of beings that populate the universe, would threaten the foundations of the world if it could reach the universal order that builds it. For the world to be more than a rigid and immutable mechanism but, in order that it does not change either into the anarchy of an infinity of divergent wills which would destroy its foundations, the Order and Liberty must balance and compensate each other.

It is easy to see, by observing the world around us, that creatures are certainly tributary to laws and rules, but they remain, within certain limits, free to circumvent them. Yet the universe does not sink into Chaos, because a universal law ensures its equilibrium.
It is therefore this necessary balance between universal order and individual freedom that Karma has established indefatigably since the birth of the universe.
Karma is the law that restores order after the dissociated use that the creatures of the universe make of their individual freedom.
This is why Karma is not the servant of the individual as this is generally understood but rather the ambassador of the universal Order.

However Karma does not hinder Liberty, it only prevents it from attacking the universal equilibrium.
Liberty can create disorder, so Karma is the law that will restore its management. This action which forces Liberty to responsibility is only another way of creating the Order, because to manage is to contain a phenomenon in a rule; to manage is to order.

When Liberty does not interfere with the Order in the universe, Karma is balanced, it is silent. And even more, when Liberty voluntarily engenders the Order, Karma is annihilated, it has no more reason to be. Such an Order, knowingly begotten, adapts itself to the old Order which it completes and perfects. It is this action of Liberty that is called Creation.
Creation is born of the higher use that a being made of his Freedom. This Creation then seals an alliance that did not exist before between Order and Liberty: this covenant is Evolution, and this alliance always benefits the entire universe.

Liberty, Order, Creation and Evolution are four Forces always associated in the universe. These four powers are the pillars of a temple in which the lives of atoms, men and deities flourish side by side. But in the center of this Universal Temple is erected the altar of Karma which takes care to keep intact the perfect balance of the diagonals.

The Universal Temple of Karma

Karma and the individual

We have seen that Evolution is the fruit of a sealed alliance between the universal Order and individual Liberty.
This alliance benefits in return to the individual who can establish the Order in his own life. The Order thus acquired consists in conforming the individual realities of his existence to the universal forces of the world. But this alliance also allows the individual being to radiate a supplement of Liberty in universality, without creating Chaos … This is how he participates in the Creation of the World.

If Karma were the educator we sometimes believe, he would be the teacher of Liberty to whom he would learn to express himself for the benefit of the All. But its purpose and virtue are only the maintenance of the universal Order.
Karma is an inexorable law in the service of universality. For this reason, it is often felt by egocentric being, as a constraint that restricts his individual freedom.
In truth, Karma is restrictive only for what is limited; and restricting a limit, is that not making it free?
Applied to the level of our human lives, these conceptions make us understand that we are truly free only by a creative act, we are fully free only when we contribute to Evolution.