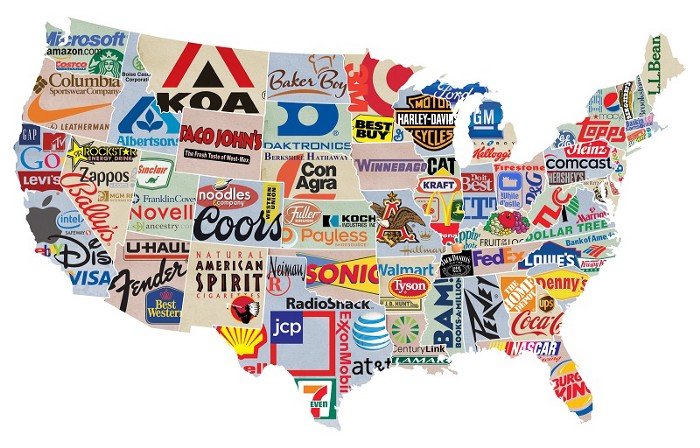 When investigating the 1 October Las Vegas “mass shooting” I found out about Vanguard and Fidelity (FMR). I postponed starting a thread on this, because there were some other things I wanted to do first.

First I looked at the major shareholders in Live Nation Entertainment Inc, which includes Vanguard (several times) and Fidelity: http://investors.morningstar.com/own…jor.html?t=LYV

Then I looked at the major shareholders in MGM Resorts, which includes Vanguard (multiple times) and BlackRock: https://finance.yahoo.com/quote/MGM/holders?p=MGM

Then I looked at the major shareholders in Las Vegas Sands, which includes Vanguard (multiple times), BlackRock and Fidelity (FMR, LLC): https://finance.yahoo.com/quote/LVS/holders?p=LVS

Basically there are four investment funds – the Big Four – that control the US economy:

The 8 largest US financial companies – JP Morgan, Wells Fargo, Bank of America, Citigroup, Goldman Sachs, U.S. Bancorp, Bank of New York Mellon and Morgan Stanley – are 100% controlled by ten shareholders. The “big four” are major shareholders in all of these 8 financial institutions.

As a result, the privately owned Federal Reserve is controlled by the Big Four…

Some of the major companies controlled by the Big Four include:

The Big Three, taken together are the largest shareholder in 40% of all publicly listed firms in the USA.

In the S&P 500 – the benchmark index of America’s largest corporations – the “big three” are the largest shareholder in 438 of the 500 firms (or roughly 88%), including Apple, Microsoft, ExxonMobil, General Electric and Coca-Cola.

In the past, some have mistakenly assumed that our predominantly passive management style suggests a passive attitude with respect to corporate governance. Nothing could be further from the truth.

The last story was based on the following report, which concludes that the Big Three have risen considerably over the last decade and their control over the US economy is comparable to that of John D. Rockefeller and JP Morgan some hundred years ago.

BlackRock was founded in 1988 as part of the Blackstone Group of Baron Jacob Rothschild. According to the state media BlackRock is independent from Blackstone since 1995.

BlackRock is the largest of the Big Three and the biggest asset manager in the world. At mid-2016, BlackRock had $4.5 trillion in assets under management.

Vanguard — with $3.6 trillion in assets under management in mid-2016 — is currently the fastest growing asset manager of the Big Three. In 2015, the group had inflows of $236 billion, the largest annual flow of money to an asset managing company of all-time.

State Street is smaller than BlackRock and Vanguard, but still one of the largest global asset managers. In mid-2016, it had $2.3 trillion in assets under management.

The Big Three vote similar. They side with management in more than 90% of votes.

In at least one prominent case BlackRock convinced the central corporate governance team to change its policy: https://www.cambridge.org/core/servi…ncial_risk.pdf

See the following figure that shows that the Big Three dominate the US economy.